I had a nice fun Toy Fair this year seeing tons of new toys in the main halls along with running into old industry artisans and making some new friends. I debuted a few new sculpts that will see production in the coming weeks and teased a little bit of The 6th Prince Tuttz cat project I've been working on for a while now. Below are a few images of my set up for my live traditional sculpture demo at The Creative Factor booth and some long time artist friends I got to catch up with from the show. 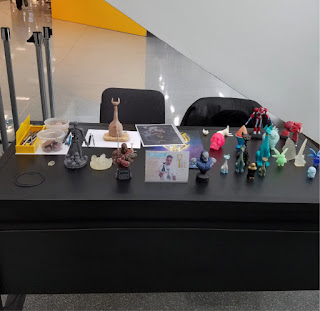 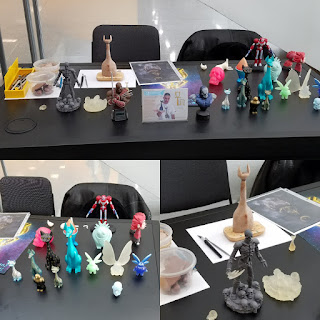 If you look closely at the above image you can see another new Tuttz prototype of the Sphinx cat. It will be cast in 3 parts and will be releasing after the new bigger Fairy Tuttz cats. 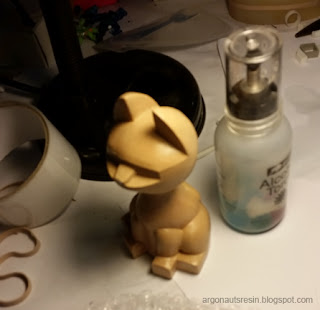 The all new baby Tuttz prototype in the wax stage. This figure was done early last year and I was waiting for the right time to reveal it. What better place than a Toy Fair reveal? 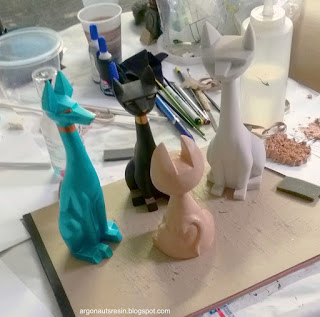 The new baby Tuttz scale pic next to some of the older sold out resin figurine lines. 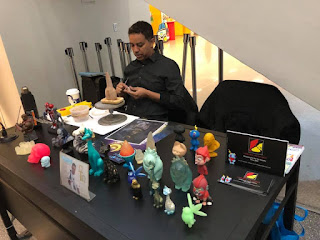 That's me working on The Mother Goddess sculpt probably whistling a tune in my head as I mush the clay around during my live sculpture demo. I didn't get too far on the sculpt as the booth had a lot of visitors with tons of questions and being next to the busy escalators you see almost everybody. 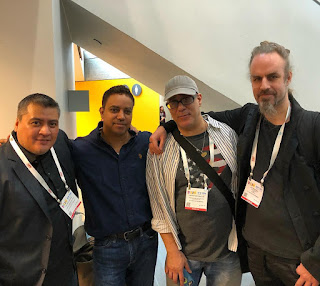 Can you name these artist escapees from the Art Asylum??? Wow, how long ago was that? 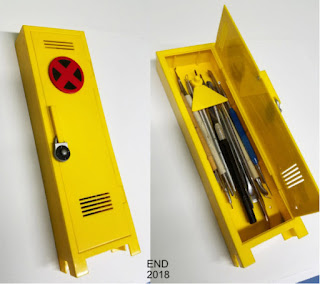 This year I brought my sculpture tools for the live sculpt demo in a Xmen locker toy I sculpted the prototype for ToyBiz/Marvel a bunch of years ago. How cool is that?

A little teaser video for The 6th Prince Tuttz cat project. Hmmm...what's that shiny object floating in space? More on this soon.

Posted by Argonautresins at 6:46 AM

I have been invited back to Toy Fair in New York City this year to do a live sculpt demo by The Creative Factor Feb. 17 - 20th (Sat - Tues). I will be at the Creative Factor booth at the bottom of the escalator well in the C1 section at the Jacob Javits Center. You don't need a badge to stop by the area I'm in for the live sculpt demo so if you are in town come on by and sculpt with me. 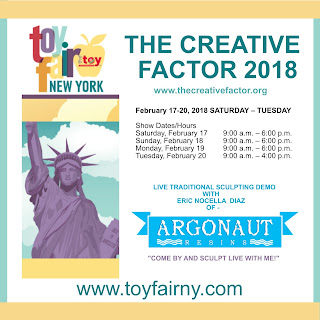 I'll have a few new prototypes that will be on display along with a few of my older sculpts and resin collectible projects.
Posted by Argonautresins at 3:49 PM