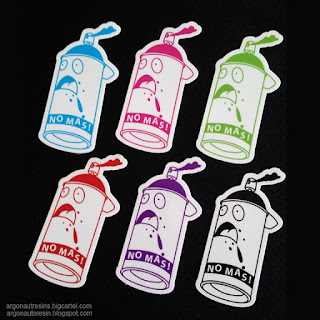 The idea of No Mas! (which means "No More" in Spanish) came from a sketchcard I drew that was inspired by a artist friend who was doing live mural paintings in the streets and I kept seeing the used spray paint cans in some of the photos of these events. Then the idea hit just me...what happens when you're in the zone and you run out of spray paint? You shake, squeeze and probably bang the hell out the spray can just to get a bit more paint out trying so hard not to break the zone you're in...So "No Mas!" is how the can feels when the artists are trying to get more paint out the can - when there is...no more!
Here's the sketchcard original art I did that the No Mas! idea actually came from. I just popped the design off the paper using the Illustrator art program on the computer to re-render it. 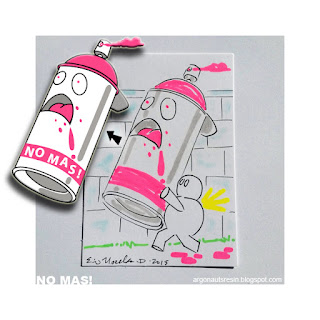 The first wave of products from the No Mas! design are some 3.75 inch die-cut vinyl stickers I made up that are now on sale in the online STORE. You can get all six colors shipped in the US for $5.00 a set. The plan is to make other items like tshirts and maybe some resin cast magnets if enough people like the concept.
We'll see, fingers crossed! 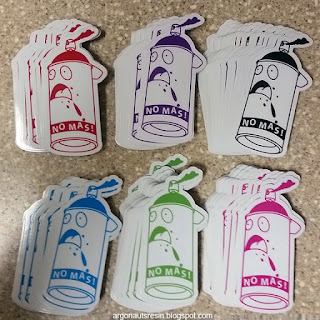 Posted by Argonautresins at 10:12 AM

Keep an eye on the online STORE as I will be adding some all new Frosty Ghost Cat 3.5 inch Tuttz Mini's from the continuing GrandMas House series. The ghost edition size will be about 10 - 12 pieces and some of the cats will glow in the dark and make sure you check your order for a extra secret FREE goodie included. 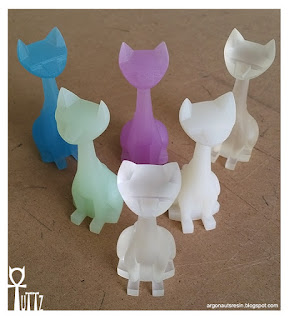 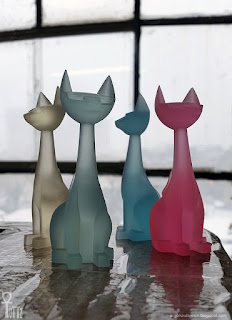 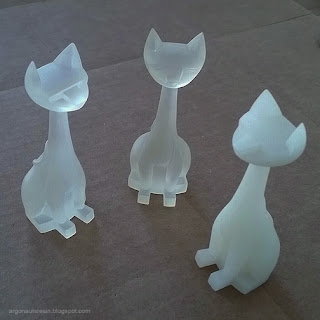 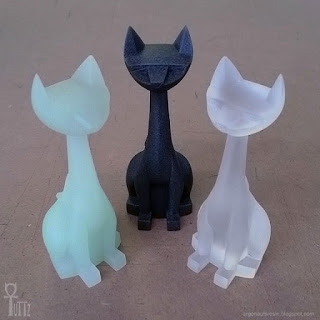 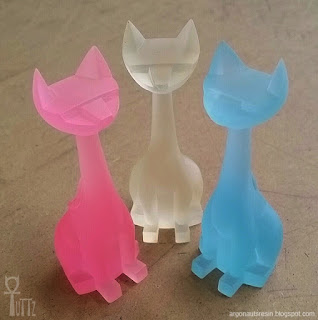 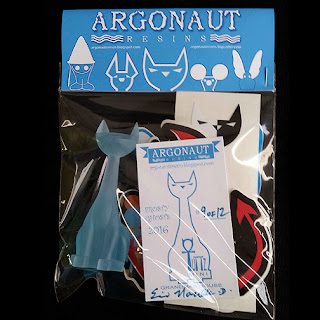 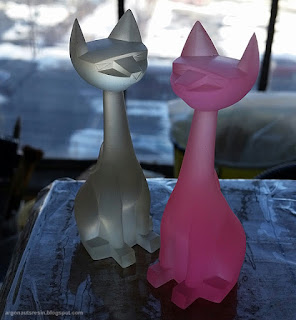 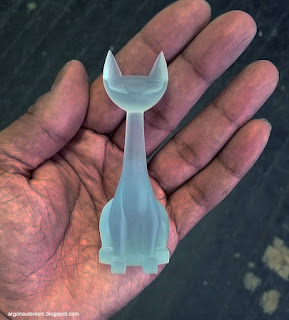 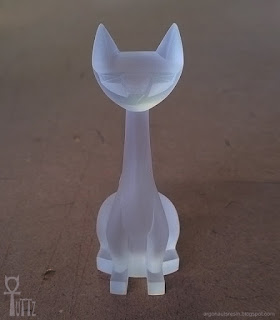 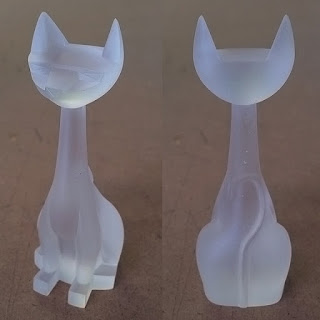