Artist Emily Bee is back yet again with another 8 inch Tuttz custom entitled "Horizon" done up in her uber cool stylings! Another stunner you just can not stop looking at - wow! Thank you Emily.
To see more images of this fantastic one of a kind art piece and read why it's titled "Horizon" - go to Emily's page HERE!
Horizon will go on sale in Emily's online STORE for $235 on Tuesday July 30th at 1PM Est. time and will come with the original art she made for the title design. 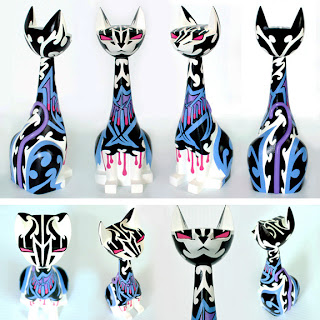 Guess who's getting a blank white Trifecta resin Mini Tuttz, Mini Hound and Sucio mouse set in the mail soon???
Posted by Argonautresins at 7:02 PM

WIPs...sneaky peeky time behind the scenes!

I'm working on some more of the glow in the dark Tuttz Mini's that will be released with some of my Art Hustle AP Gold Stamped artist cards and they will be very limited in two styles since I don't have that many of them. Complete artist card sets (2 different signed versions) were included in all three of the sold out 8 inch Cursed Tuttz customs collabo with Small Angry Monster. There's a good chance we may continue the Cursed line with a few more pieces and add a surprise or two... 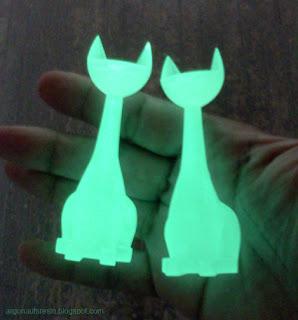 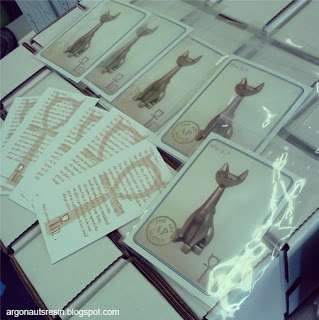 There will also be a Series 3 of the Machines resins with will featured artist Small Angry Monster where we will debut some clear tint versions of the Tuttz and Pharaoh Hound Mini resins called Atlantis Machines. Here's the first one in progress below: 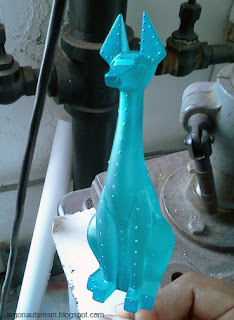 Also in progress are some red glow in the dark resins that I've playing around with...(wonder what color they will glow?) Hmmm...stay tuned! 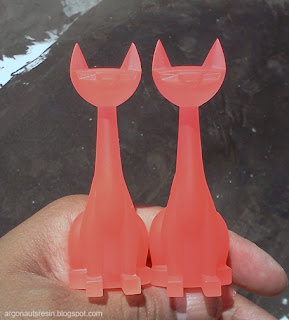 Last but not least - I'm sending out a few DIY (do it yourself) blank trifecta resin sets to select artists to work their custom magic on. 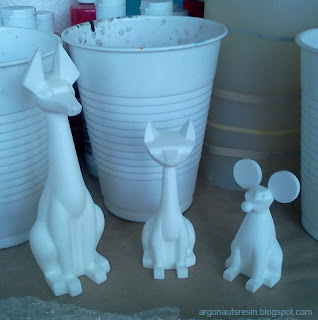 PS.
Check the online STORE every now and then as you may find a surprise lurking in there...just saying. Could there be another Hunt coming on? Maybe.

Posted by Argonautresins at 8:42 PM


Releasing tonight at 9PM Est. time in the online STORE will be a trifecta of customized resins from the very talented artist Angella Powell featuring the Tuttz Mini, Pharaoh Hound Mini and Sucio the mouse called "Coffee Time." These three characters are all unique, one-of-a kind custom sculpts which include handmade scarves and hats, tiny plaid and wooly sweaters. 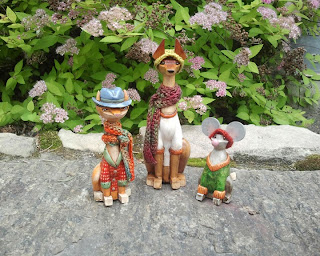 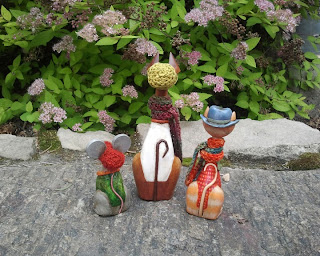 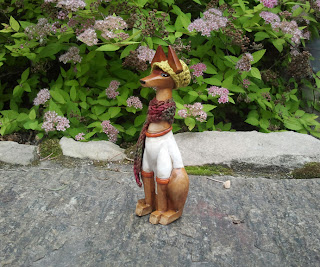 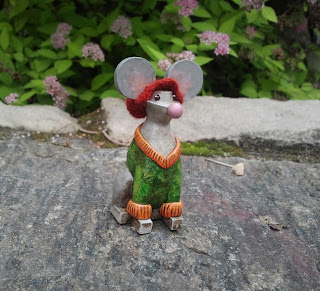 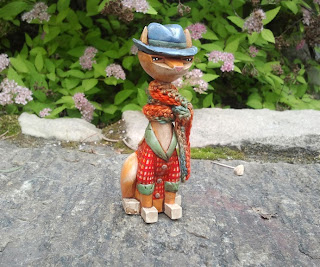 Also releasing will be some collaborative pieces with artist Small Angry Monster and myself ( END ) featuring a all new 8 inch sand encrusted Tuttz Cursed Blood custom along with a sand encrusted custom tomb box. 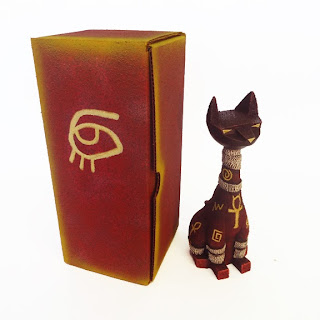 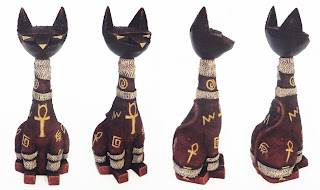 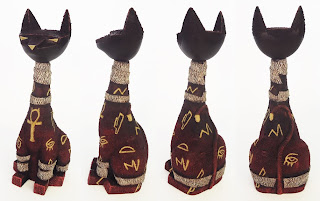 There will be some glow in the dark Tuttz Mini, Pharaoh Hound Mini and Sucio mouse clear tint "Spirits." 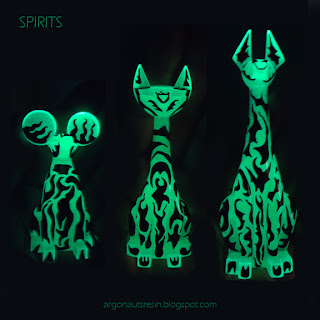 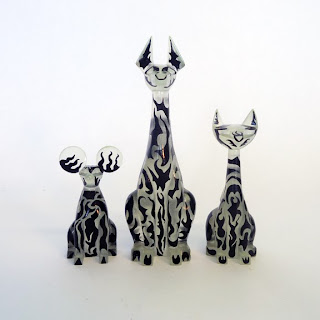 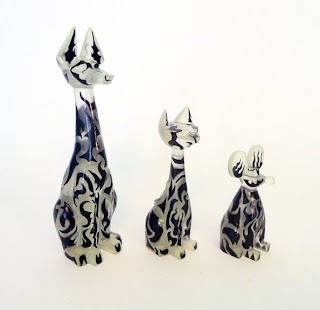 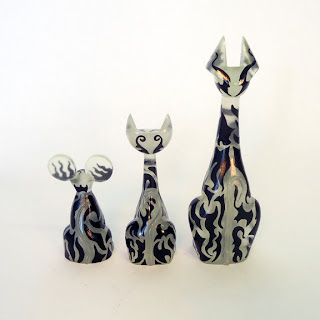 And last but not least will be the Rise Of The Machines Series 2  by Small Angry Monster with a edition of nine pieces with a 8 inch Tuttz included in the mix along with some Tuttz Mini's, Pharaoh Hound Mini's and Sucio mice. 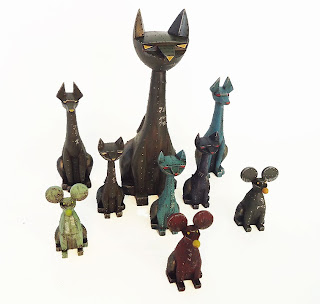 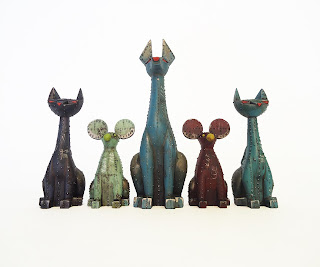 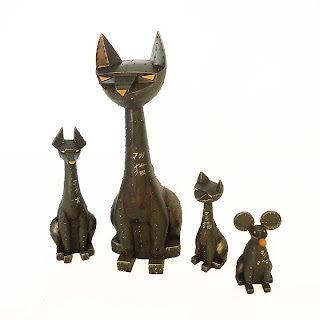 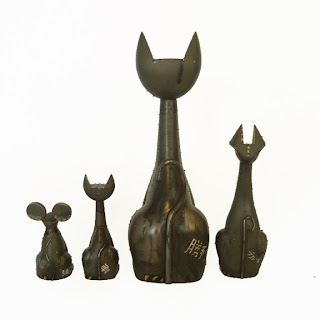 Posted by Argonautresins at 9:59 AM

The Jelly Empire is back with her wrestling resin -  LUCHABOTS! 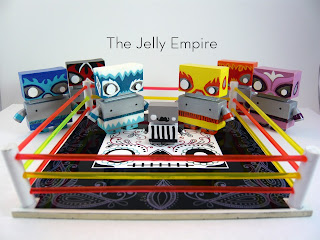 There will be six wrestlers customized by Selina Briggs of The Jelly Empire that will compete in elimination rounds until there is only one victor! The outcome of the winner will be based upon popularity from the participating voting audience.

Go visit The Jelly Empire facebook fan page to find out how to take part and vote in these robot wrestling matches here - https://www.facebook.com/pages/The-Jelly-Empire/130664693620415
or here on her blogsite here - http://thejellyempire.blogspot.com/2013/07/lets-get-ready-to-rumble.html?spref=tw

Voting will be open for 3 days and will start NOW!!!

Each wrestler will come with his own stats card, sticker and a micro JellyBot referee as well as a blank JellyBot and stats card to make your very own LuchaBot resin figurine!!!  The winner of all the matches will also have the champion belt! 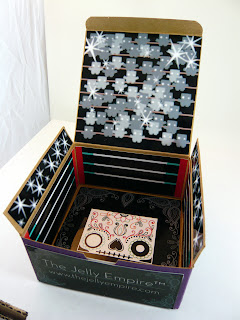 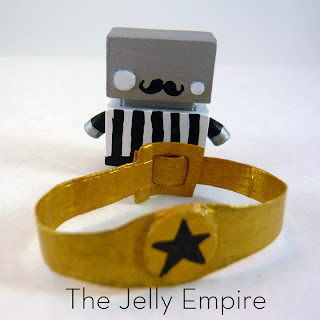 Posted by Argonautresins at 7:25 AM