Looks like the ToysRevil 8 inch Tuttz exclusives made it onto the big promotional poster for STGCC this coming Sat. and Sun Sept. 1st and 2nd. Big huge thanks goes out to Andy Heng for putting the hustle in and making it happen! If you're at the con in Singapore this weekend stop by the ToysRevil booth # F51 in Artist Alley and say hello and talk toy shop with Andy. More info on this HERE on TRE's blog. Images courtesy of ToysRevil...:-) 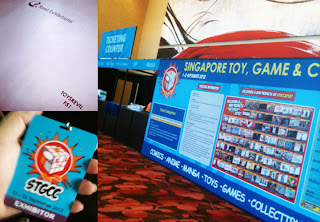 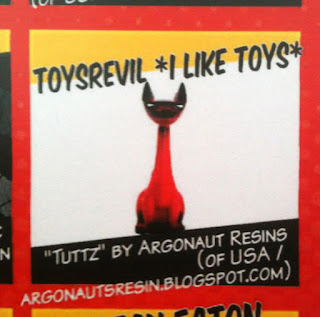 Posted by Argonautresins at 9:35 AM

Death By Fire! (Sold Out) 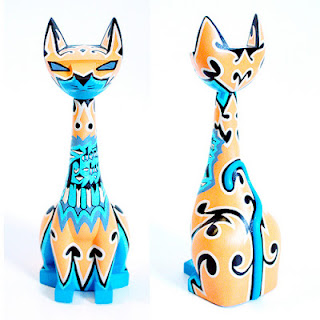 What can I say...? Emily Bee has done it again...Her new 8 inch Tuttz custom is called "Death By Fire." This all new lovely custom will go on sale next Tuesday, August 28th at 1 PM Est. time in Emily's online store HERE! Want to see more images of this incredible custom? You can see more of it on Emily's website HERE. 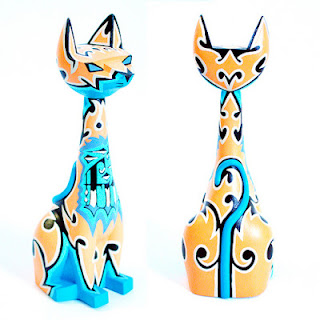 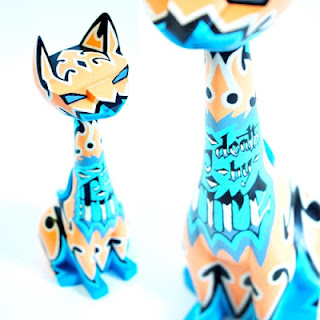 Posted by Argonautresins at 3:17 PM 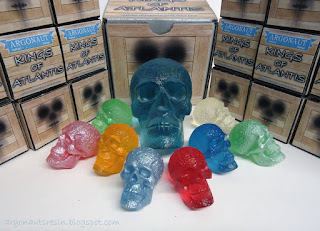 The Kings Of Atlantis resin skulls are back! The first wave of 25 (of 100) of the skulls will be releasing tonight (Monday Aug. 20th) at 10PM Est. time in the online store HERE!
All 25 will be blind boxed in numbered mini custom crate box packaging and the entire release loaded up with many styles and colors from clear tints to jade tints and solids. There will be 3 glow in the dark (GID) chase skulls hidden in this wave and the mini Kings Of Atlantis skulls will go for $28 shipped in the US. (All over seas orders will be emailed direct for their final adjusted shipping rate). All skulls will be numbered on their bottoms and the powers each style it is rumored to have will be listed on the Argonaut Resins blog all through out the coming weeks. 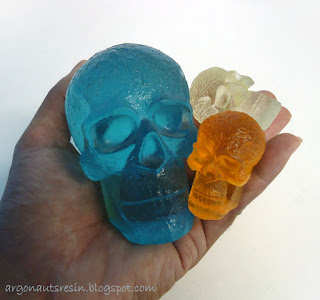 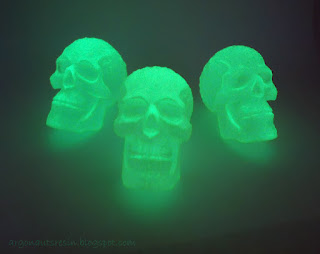 "Ten Demi-God Kings ruled the fabled island of Atlantis thousands of years ago. They all perished when their paradise was destroyed by the Gods. All that remain are their skulls...each endowed with an incredible power that is passed onto whomever has the skull in their possession. They say too much power is not a good thing...are you willing to take a chance and find out if this is true...?" 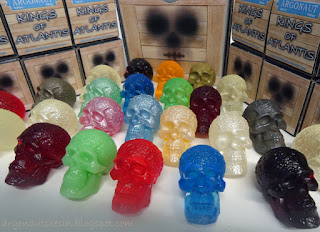 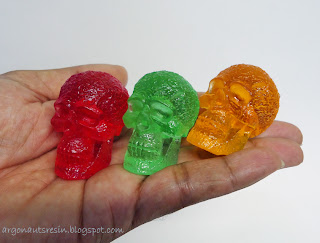 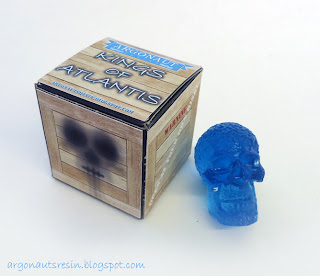 Posted by Argonautresins at 8:23 AM


What's going to be at the ToysRevil booth # F51 at the (STGCC) Singapore Toy, Game, and Comic Convention this coming September 1 & 2nd??? Some exclusive 8 inch Tutttz, JellyBots (courtesy of The Jelly Empire) and some of the all new mini Kings Of Atlantis resins!!! All of these resins will be in TRE's signature red colors. 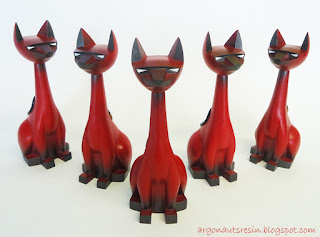 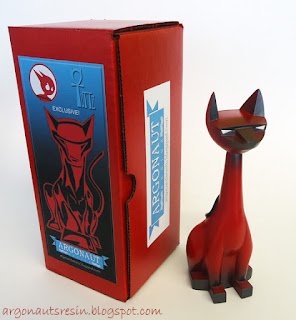 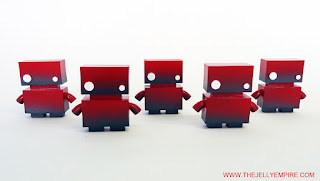 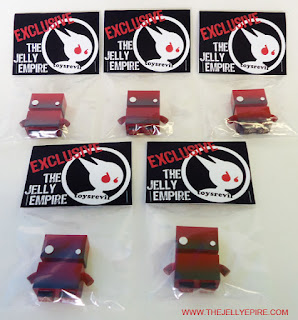 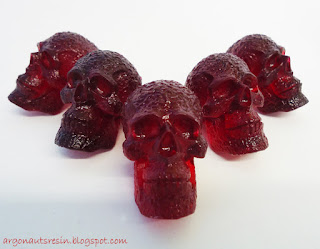 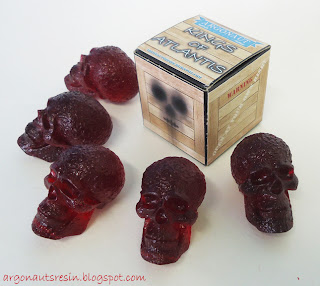 If you miss out on the Tuttz and JellyBots ONE of each (#6 of 6) will show up at the big New York Comic Con in October. So be sure to stop by the ToysRevil booth at the con to get your Argonaut Resins and Jelly Empire fix - tell Andy that END sent you...
Posted by Argonautresins at 4:23 PM 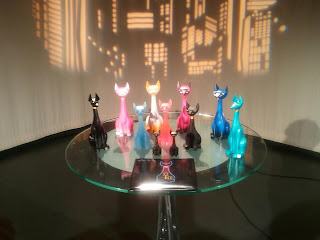 For those of you who missed the first airing of my Never ll Late cable TV interview with Host and Executive Producer Carol Lewis it will rerun this Sat Aug11 at 3:30PM Est. time online at www.mnn.org (click the "watch now" button up top if you tune in) and Ch.68 in the Bronx.We'll be talking about following dreams, never giving up, my collectibles company Argonaut Resins and following through with hard work. Super big thanks to Carol Lewis for having me on her show and shedding some light on being a full time artist.
Posted by Argonautresins at 9:58 PM 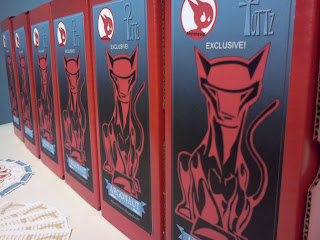 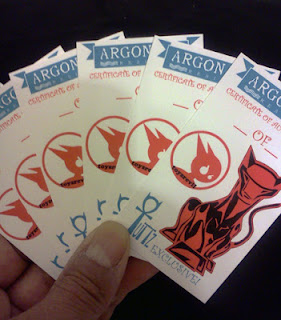 Here's a teaser update on some exclusives I have planned with ToysRevil for the Singapore Toy, Games and Comic con! First up is a 8 inch Tuttz custom rendered in the red, black and white colors of ToysrEvil's mascott on the site. There will be 5 (of only 6 made) available at the ToysRevil Booth # F51 on Sept. 1st. and I will have the 6th one for sale on my table at the big NYComic Con in Oct. You can see more info about this exclusive HERE. 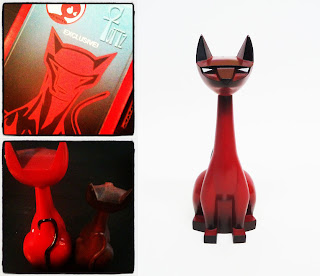 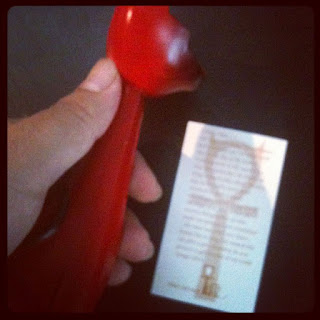 Posted by Argonautresins at 8:34 AM 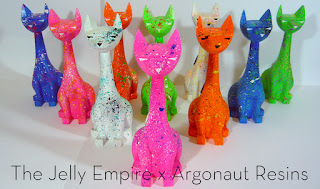 This summer fun line features a bunch of all new fluorescent colors with Selina's signature splatter style as seen on her popular JellyBot collectible figurines. These 10 vivid custom Tuttz will go up for sale on Saturday August 4th at 6PM Est. time in Selina's online store HERE! 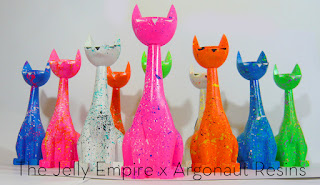 Along with these Tuttz custom's Selina will be releasing some new zombiebots for those of you who missed out on all the other previous releases. These zombiebots are the all new JellyBot 2.0's with the articulated head and each will come with a one of a kind weapon accessory carved by me...:-) 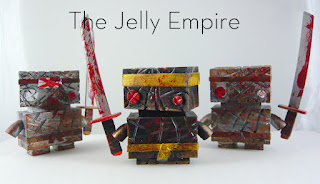 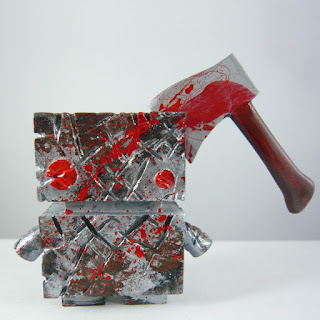 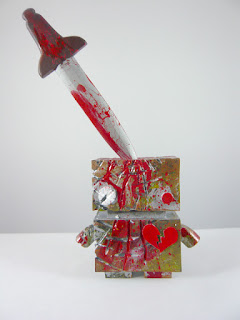 Posted by Argonautresins at 6:03 AM