Guess who's back?
The Kings Of Atlantis are back and in a very different way than you have seen them before in resin. I released them a few years ago as just cleartint skulls, some were glow in the dark and jade editions and it even released in a limited run 1/6th scale version. I did sculpt a very small version of the Kings skull which was cast up but never used due to a project that fell through. Well now that small skull will get a fully sculpted body from me for a figure that will stand 7 inches tall. Below are some teaser shots to the build up of this new figurine in progress.
NOTE: There are 10 different Kings...do you remember them all?
Wealth King - gold
Wisdom King - Bronze
War King - red
Sun King - yellow
Sky King  - blue
Vengeance King - orange
Forest King - green
Love King - pink
Sea King - purple
Peace King - silver 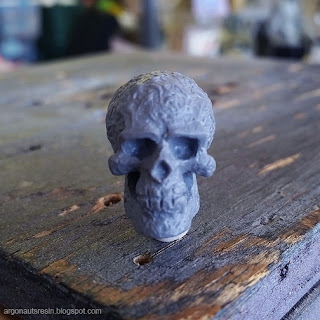 The original small King skull I sculpted a few years ago and cast up in many colors and styles. 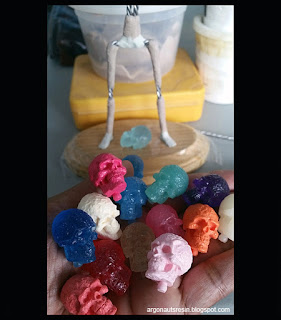 Armature build up with Magic Sculpt and Super Sculpey. No toy wax on this sculpt as it has to look really old worn and beat up a bit. 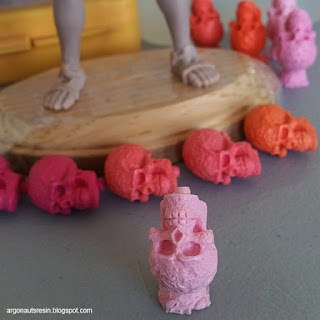 I even cast some of the Kings skulls in pastel colors. There is a pink and a orange king. Yep. 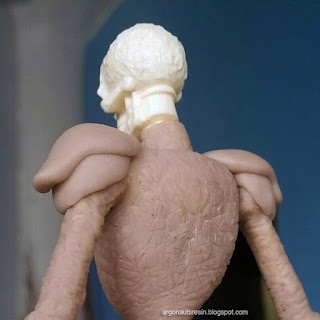 The new Kings will have a design with bone and battle armor fused together. 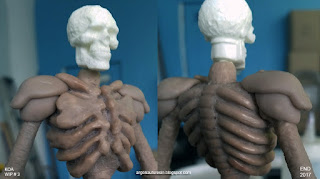 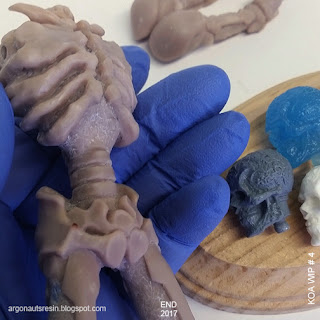 A teaser on how I will be casting up these new King sculpts. Maybe I'll even make a creepy base for them to stand on hmmm... 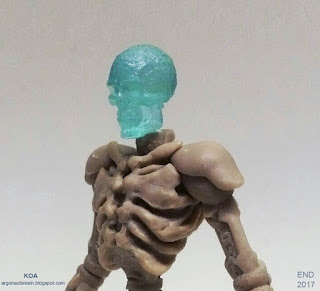 The look I'm going for on these Kings is a ancient, withered and cursed feel. Full reveal of the prototype coming up. Stay tuned!

Posted by Argonautresins at 9:04 AM

Here's the all DragonFly 2.0 3dprinted resin prototype bug I 3dmodeled in the computer. It has a mecha feel to it with a standing pose, all new wing and tail design and it stands at 3 inches tall. The wings and horn are not interchangeable and do not come off like the earlier sold out seated 1.0 versions. Pricing, edition sizes and colorway information will be revealed shortly. Hopefully I'll get this new bug into resin production soon. 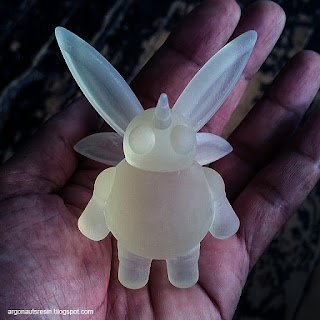 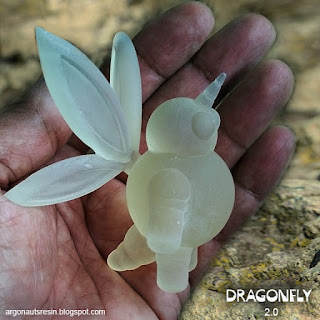 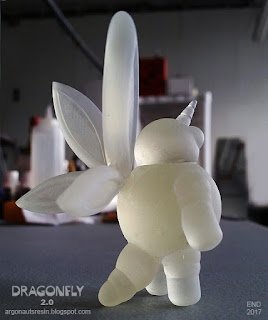 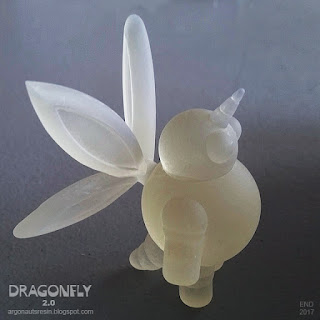 Posted by Argonautresins at 7:41 AM

DragonFly 2.0 in the works!
I'll be making more of the successful Dragonfly figurines (2.0) in a new pose and new style. Edition sizes, colorways, pricing and scale info coming up next along with a few photos of the all new completed resin prototypes.
I'm trying something new with these teaser promo images that will also double for the header card art. 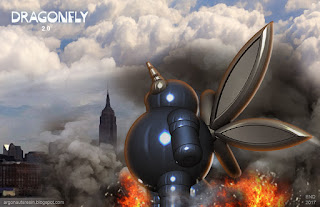 What will the actual finished prototype look like? Stay tuned!
Posted by Argonautresins at 6:55 AM