Tomorrow/Thursday June 14th at 9PM Est. time the online STORE will open and the Clinton Yaws 8 inch Egyptian themed Tuttz custom will be available along with the (last straggler) Pharaoh Hound from (SOLD OUT) Series 3 - the white pearl rendered Majestic colorway. It's so awesome to see what some of the artists on the first list of customizers are doing with the 8 inch Tuttz and hopefully I will have more teasers of some of the other ones in progress real soon. Below is Clinton Yaws' description of his beautiful and complex custom in his own words. 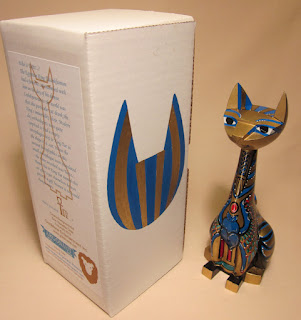 " I decided to go with a King Tutankhamun sarcophagus theme.  The head is done after the mummy mask of Tutankhamun.  Below on the breast is a winged scarab pectoral representing the god Khepri, the rising sun, pushing the sun disc above the horizon.  The left side contains the white vulture image of Nekhbet, the right the image of Uraeus is a symbol for the goddess Wadjet, who was one of the earliest Egyptian deities and who often was depicted as a cobra. Combined they are know in Ancient Egyptian texts as, Two Ladies, the deities who were the patrons of the Ancient Egyptians and worshiped by all after the unification of its two parts, Lower Egypt, and Upper Egypt. The tail is painted as the crook from the burial coffin." 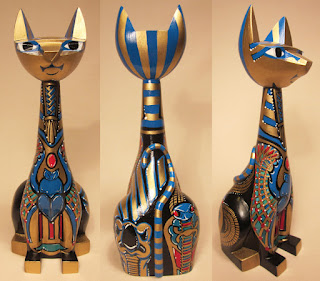 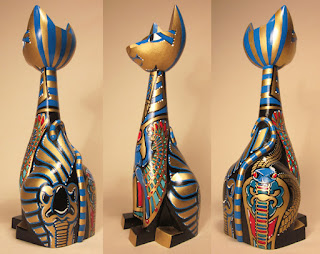 You can see even more detailed images of this custom on Clinton Yaws' blogsot - www.clintonyaws.com 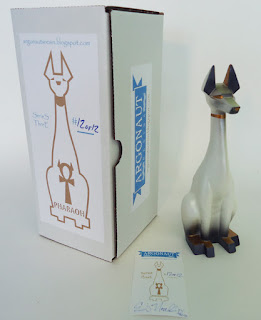 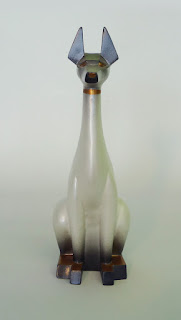 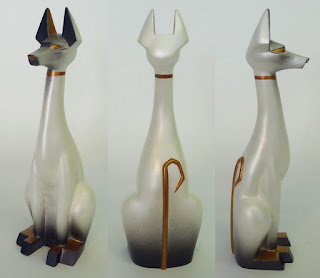 ***NOTE: These items have SOLD OUT.
Posted by Argonautresins at 7:06 PM