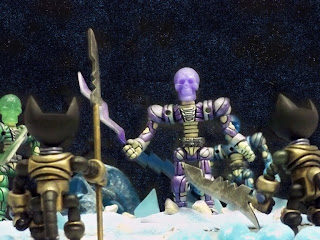 I've always loved action figures since I was a child and having a chance to actually make them early on in my pro sculpting career was a blessing. At one point I didn't want to sculpt them anymore due to the mainstream lines that were coming out became over saturated (and still are...) and I have to say - the plug and play Glyos figures produced by Matt Doughty and his crew have sparked things back up for me in a big way. Being able to add my spin on Matt's figures has been big fun and I've become a huge fan of the Glyos lines. Thanks Matt!!!

So...here are some newer teaser images of the second half of the Glyos Tuttz project I'm collaborating on with Matt Doughty of Onell Design. This second part of the project will feature the return of the Kings Of Atlantis in Glyos form action figures! Ha! You thought the Kings of Atlantis were all done and gone right? Not so fast...I've resculpted the infamous crystal skull head theme to fit onto the Glyos action figure bodies! I will also finally reveal all of the Kings powers with this release. As with the Tuttz Glyos we teased earlier the talented Victor Durango will be handling the paint work. As we near completion on this project everything will be fully revealed by Matt Doughty with all images of assortments and pricing. 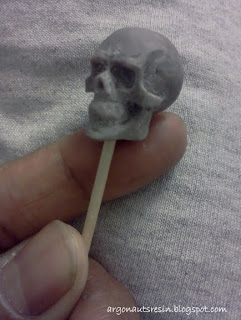 You probably wouldn't have thought the Kings could share the same timeline with the Tuttz but the do now. What's all this about a war? Big fight? Everybody loves a big fight so I'll tell you the story...Once upon a time... 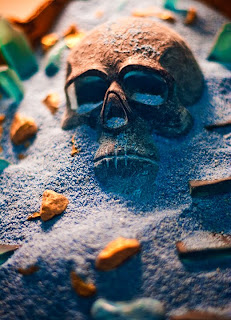 The Tuttz are looking for a ancient relic that was taken from their home world a very long time ago. They have finally found the location of a world they believe to hold their relic but it is inhabited by a race of beings older and more powerful than them. The Kings of Atlantis have settled on this hidden planet for thousands of years after plundering many galaxies of their riches. Everyone who has come to the Kings of Atlantis's planet in search of the Universes greatest treasures have all perished. The Tuttz Bad Luck Squadron will have their might tested trying to recover their ancient relic on this hostile world hidden deep within the outer regions of space....
On a alien world - there will be war! 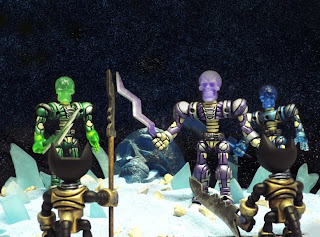 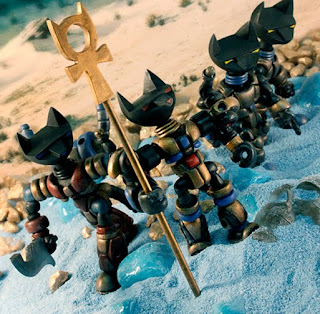 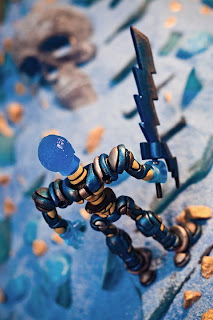 Posted by Argonautresins at 9:26 PM